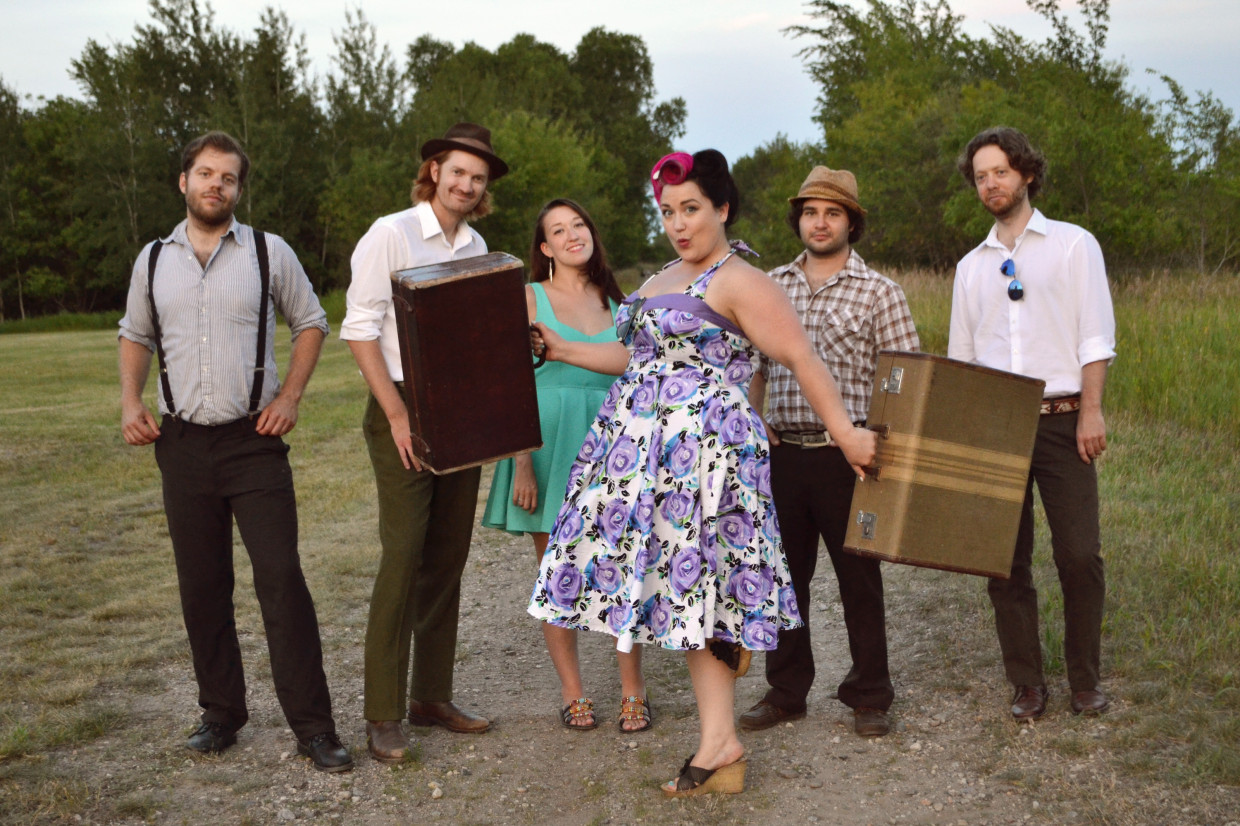 Born out of love for the back roads music of America’s past, The Fattenin’ Frogs play rock & roll in its original spirit by cranking up the electricity on the music of the juke joints, hootenannies, medicine shows and tent revivals of yesteryear. The Minneapolis sextet puts their heart and soul into every song so come on out, sing, dance, and clap along!

Gritty, soulful, and always danceable, The Fattenin’ Frogs have been described as Davina and the Vagabonds meets Howlin’ Wolf. Lead vocalists Amanda White and Chris Holm generate a freight train of emotional excitement over a landscape of multi-layered harmonies, scorching electric guitars, thundering drums, wailing harmonica, grooving bass, rollicking piano — and even a little banjo or accordion from time to time. A band in the truest sense, each member is a contributing songwriter and vocalist and injects their own personality into the music. Never safe or stamped out, they are not afraid to cap off a hot night of rock & roll with a zippy little kazoo solo because above all, rock & roll is supposed to be fun!

In 2008, founding members Chris Holm and Mark Larson set out to dig deep into the American roots music that inspired their heroes. Within a year they had assembled a rock & roll band to put what they had learned to work. Six years and two albums later, they are still hard at it, bringing their brand of roots and blues inspired rock & roll to the masses. The band tours regularly throughout the Upper Midwest and has become staples of the music festival circuit including a 2015 Bayfront Blues Fest main stage performance and a performance at the 2014 Deep Blues Fest in Clarksdale, Mississippi.

Earlier this year, the band teamed up with engineer Zachary Hollander at Pearl Recording Studio in Minneapolis to produce their third full length album, Ribbit Rhythms. Their most personal record yet, the album successfully blends a carefree energy with down and dirty unapologetic blues and hearkens back to the glory days of rock & roll. Ribbit Rhythms is set for released on October 10, 2015.