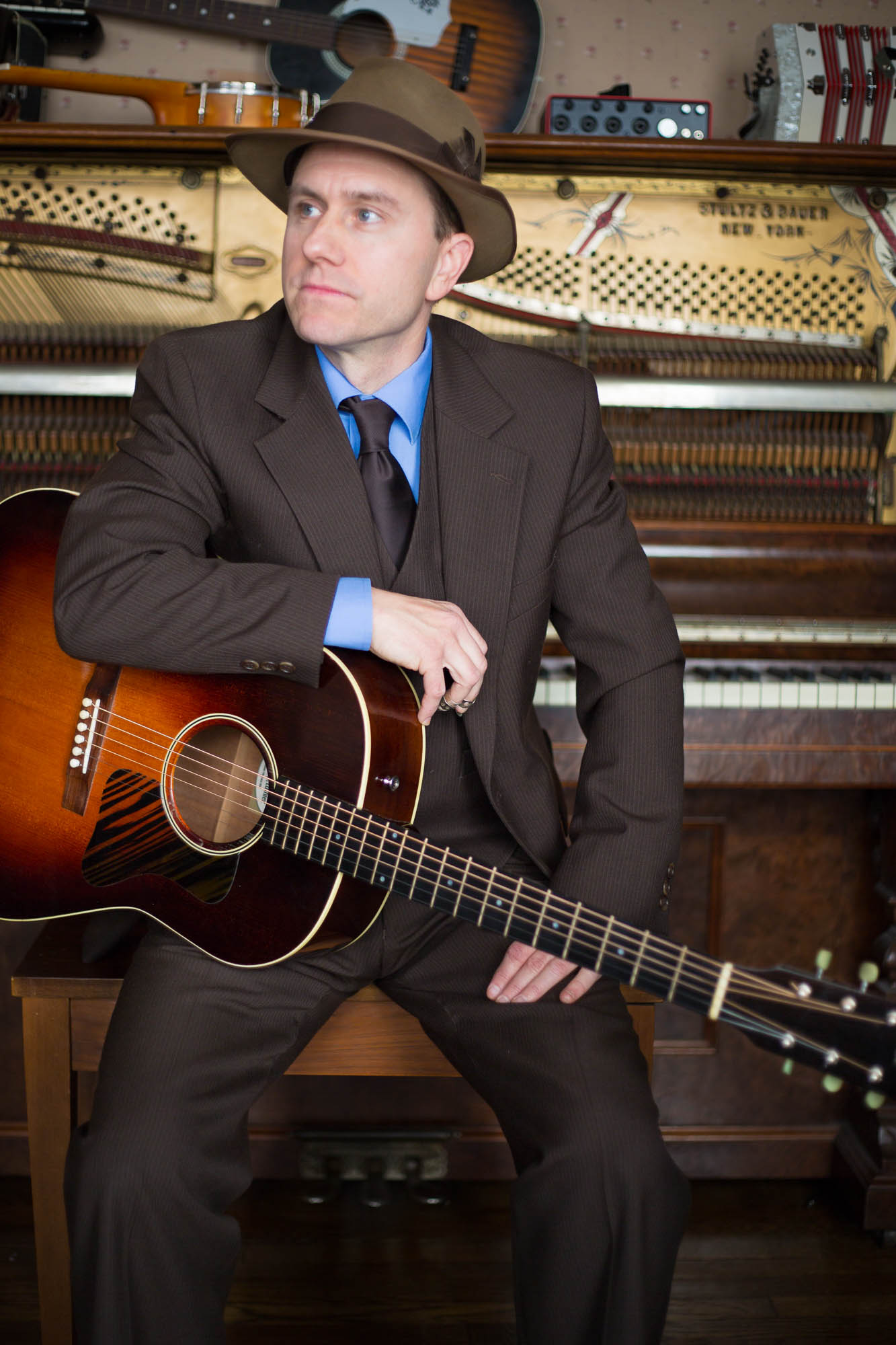 As a teenager growing up in rural southern Michigan, Lonesome Dan Kase happened upon a radio show called the “Blues Cruise,” broadcast out on Ann Arbor. Although he had picked up the guitar a year or so before, when he began hearing artists like Reverend Gary Davis and Robert Johnson, he quickly became hooked on the country blues.

Like many of the blues musicians from the early 1900’s that Lonesome Dan was listening to, he acquired a wander-lust and began traveling around the country busking on street corners. After spending time in California and New Mexico, Lonesome Dan ended up in Denver, Colorado where he started playing in coffee houses and drinking establishments. It was here he met Johnny Long, a blues player from St. Louis, whose deeply distinctive singing and guitar-picking style continues to be a big influence on Lonesome Dan’s music. While in Denver, Dan also played with a four- piece band called the 32-20 Jug Band. They played 1920’s and 30’s jug band music covering artists like Sleepy John Estes and The Cannon Jug Stompers.

In 2001, Lonesome Dan moved to Minneapolis, Minnesota and immediately began playing shows as a solo act. Within a year, he formed a band called the Crush Collision Trio with mandolin and washboard accompaniment by Matt Yetter and Mikkel Beckmen . They played a mixture of Dan’s originals and old country blues.

In 2005, Lonesome Dan met another musician who has been a significant influence on his playing. Dan had discovered the music of Paul Geremia, a blues musician from Rhode Island, while living in Denver. He was finally able to see one of Geremia’s live performances in St. Paul. After the show, Dan was able to sit down with Paul and absorb some of his musical knowledge. Through Paul Geremia, Kase was also introduced to some of the early R & B piano players like Joe Liggins and Charles Brown. Boogie-woogie and blues piano continue to play a big part in shaping the guitar technique of Lonesome Dan, and after years of listening to classic and folk ragtime piano, he has also begun transposing some of his favorite rags to guitar.