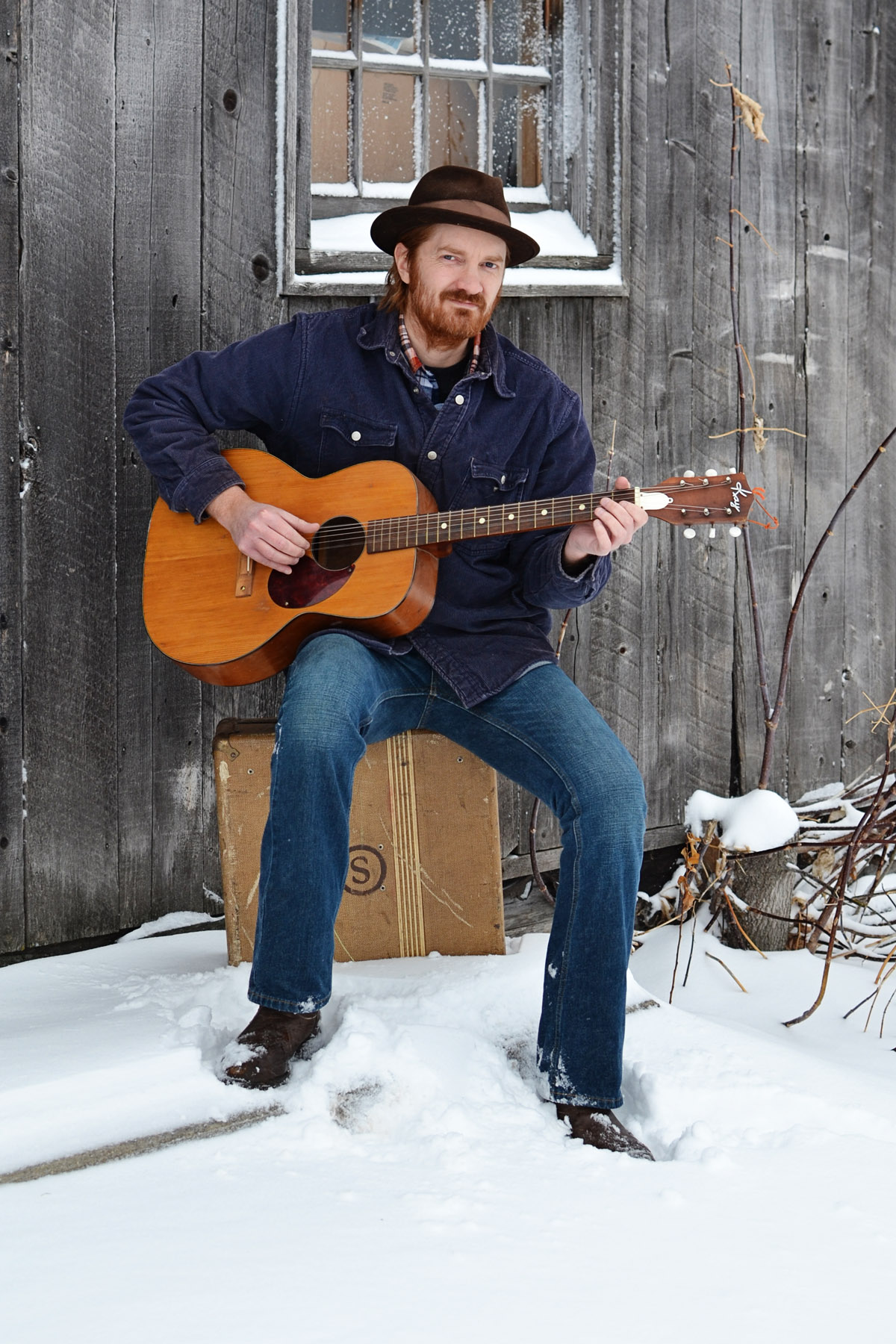 Chris Holm is an acoustic folk blues & country musician based in Minneapolis, Minnesota. A fingerstyle guitar picker and harmonica player, Chris channels the highspirited liveliness of Charley Patton, thumping on his suitcase drum, attacking his guitar strings with abandon, and shouting along in a gravelly howl, later to channel the lonesome sounds of a weeping slide guitar and a blue yodel.

Despite his Northern Minnesota roots, Chris’ has formed in intimate connection with the music of the American South. Born and raised in a small community near the Headwaters of the Mississippi River, the river’s musical heritage has made a strong impression on Chris throughout his life. Raised on the music of Hank Williams, Johnny Cash, Bob Dylan, Flatt & Scruggs, The Beatles, and Creedence Clearwater Revival, he eventually dug into the music that inspired those great artists and discovered a deep appreciation for country blues and hillbilly country music. Sprinkles of his Scandinavian heritage add a unique flavor to his music for a sound that’s both old and familiar yet fresh and original.

On his debut solo album, The Trains Don’t Run Here Anymore, his father’s passing and realizations of his own mortality lead Chris to spin every day tales of the emotional tides of life, yearnings for bygone eras, casting aside of the burdens of life’s expectations, following your hopes and dreams, and in the end, accepting your life for the journey it is.